New Overtime Rules for 2020 – What Should You Know? 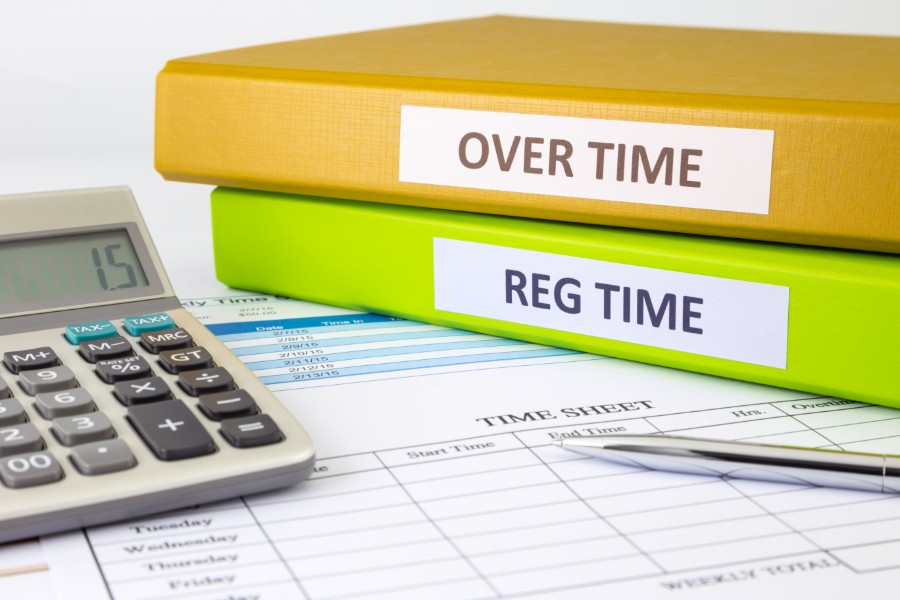 Employees across the nation who work hard for their wages want to be treated fairly by their employers. Part of fair pay involves proper adherence to overtime rules and regulations. Interestingly enough, the U.S. Department of Labor has recently put some new rules in place that will further reward full-time employees for their hard work. The following is more information about the new overtime rules of 2020:

Will The Updates Affect All American Businesses?

Yes. The size of the business doesn’t matter. The business size can be small, large, have thousands of employees or just one, and the newly altered overtime rules will affect them all. This change will directly impact 1.3 million American workers.

When Will Overtime Rules Take Effect?

The new overtime rule regulations will take effect on January 1, 2020.

What Are The New Overtime Rules?

According to the newly established rules, all employees who make less than $35,568 or $684 a week are entitled to overtime pay if they work more than 40 hours a week. This is a change from the previous amount of $455 weekly. This increase will force any business that employs workers who make under $35,568 to choose between paying their employees overtime or increasing their salary in order to push them above the qualifying salary amount if they work more than 40 hours weekly.

Where Did The Salary Amount Come From?

It seems there would be an easier way to state the salary amount that would qualify for mandatory overtime pay. However, this number, $35,568 is based on the 20th percentile of salaries. This is the same way the Department of Labor calculated the numbers the last time mandatory overtime requirements were adjusted, which was back in 2004.

How The Rule Will Positively Impact The Labor Force

According to U.S. Secretary of Labor Patrick Pizzella, the following is the impetus behind the recent changes to overtime rules:

“For the first time in over 15 years, America’s workers will have an update to overtime regulations that will put overtime pay into the pockets of more than a million working Americans. This rule brings a common-sense approach that offers consistency and certainty for employers as well as clarity and prosperity for American workers.”

“Today’s rule is a thoughtful product informed by public comment, listening sessions, and long-standing calculations. The Wage and Hour Division now turns to help employers comply and ensure that workers will be receiving their overtime pay.”

Additional Details About The Rule Updates

The final rule is set to make the following changes and updates:

Why The Overtime Rule Changes Were Necessary

The changes to the overtime rules were overdue since they had not been updated since 2004 and the overall salary growth has increased significantly since that time. Therefore, to update the overtime rules to properly match current salary amounts, changes needed to be made.

There are some exemptions to the overtime rules. The following is an explanation of the difference between employees who are exempt and those who are not. The overtime rule was devised as part of the Fair Labor Standard Acts (FLSA). The FLSA establishes overtime pay, federal minimum wage rate, oversees youth employment and recordkeeping. The exempt vs nonexempt ruling can be a bit confusing. Nonexempt workers are those who are covered by the law. Exempt workers are those to whom the new overtime rules don’t apply.

Most often, exempt employees include salaried employees who are paid a minimum salary weekly, not necessarily based upon the number of hours worked. They are most often in professional, supervisory and executive positions. To be considered exempt, even if they are salaried, they still have to be paid more than $35,568 annually.

How The Overtime Rule Change is Expected to Impact Small Businesses

As mentioned above, virtually all American businesses will be impacted in some form by the overtime rule changes. However, small businesses could be impacted by the changes more so than larger businesses. For example, often small companies let employees come and go as needed as long as they get their jobs completed. Irregular hours are not that uncommon in small companies. However, if employees are paid less than $35,568 annually, records of their hours have to be meticulously kept ensuring the business is adhering to the new overtime rule. If a business is investigated, they need to be able to prove their employees are not being short-changed. If they are owed overtime pay, they must be paid overtime pay, and businesses that don’t adhere to the rule could face serious repercussions.

Are All Employees Equally Exempt?

There are other factors determining if an employee is exempt from the changes. The following are additional factors that could make an employee exempt:

The above information outlines the new overtime rules that will be enacted January 1, 2020.